SPECIAL ANNOUNCEMENT: Brother, Can You Spare...

I've been writing this blog for over a year now.  In that time, more has happened than I'd ever imagined possible.  I've heard more great music and met more wonderful people than I have at any other point in my life.  I've formed new friendships and deepened existing ones.  I've learned more about Boise--its culture, its politics, its history--than I have in the past twenty years of living here (I have a lot more to learn, but still...).  My work on this blog landed me a job where I got paid to write, which had been a dream of mine since I was fifteen years old.  But even leaving that aside, I've received recognition for my writing at a level that still astonishes me.  To put it simply, Here Comes the Dumptruck is the best thing that has ever happened in my life. 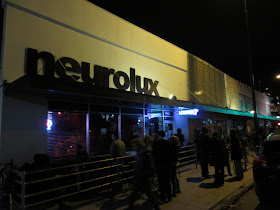 As some of you know, I was laid off from my day job in January.  I've searched for work since then that would leave my evening hours free and, consequently, allow me to regularly cover live shows.  So far, I've had no success finding steady employment.

My checking account balance is steadily diminishing.  I'm up to my chest in credit card debt--most of which was built up buying food, clothes and other necessities during fifteen months of unemployment in 2011 and 2012--and it's steadily rising.

Bottom line: if things continue as they are, I will not be able to continue writing this blog past October.  Not with the same breadth and consistency that I have maintained up to this point, anyway.  In short, I need money, and I need it very badly. 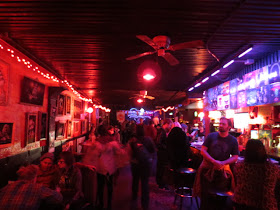 Not long after I decided to focus exclusively on covering music in Idaho, people started asking me if I'd given any thought to monetizing this blog.  I toyed with the notion but didn't take it very seriously.  After all, why in God's name should people give their hard-earned dollars to some nobody who'd started some nondescript blog just a few months ago?  What would they get out of it?  How would they know that this guy wouldn't just piss that money away and let the blog collect dust?

Well, after a year of writing this blog, I hope it's clear that I'm not going anywhere.  So long as touring and local bands are playing gigs and recording, so long as I've got the money for cover charges, notebooks, gasoline, etc. and so long as people read what I write, I'll continue to cover this music scene to the best of my ability.

So, how do I start making money off HCTD?  That's a good question.  I'm still working on the answer.  Right now, I'm giving some thought to renting out ad space here, shopping around for sponsors and possibly applying for grants.  If anyone out there has any other suggestions, I'd love to hear them.

However, two options are 100% off the table.  First, I will not take money to write positive reviews of a band, album, etc.  For one thing, some people gripe that I'm too nice as it is.  But seriously, getting paid to turn HCTD into a straight-up ad would completely defeat the purpose of what I'm trying to do.  I'd sooner let this blog die.

(And lest you call me a hypocrite, I will disclose once again that yes, Speedy Gray did briefly pay me $25 a month to contact blogs and media outlets on behalf of Like A Rocket.  I didn't do it for the money.  I did it because I believe that they're an excellent band.  At no time did Speedy Gray try to influence what I've written in this blog.  That's one reason why I like the man.)

Second, I will not charge any kind of subscription fee.  Even if I could do that on Blogger, I wouldn't.  And even if I created my own website (which I'm considering), the content would remain free.  I can be an arrogant jerk sometimes, but I'll NEVER be so arrogant as to demand that you give me your money.

I will, however, ask. 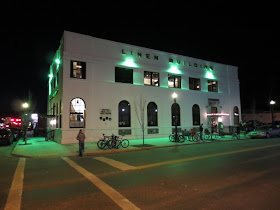 I've set up a Paypal account and started a campaign on Fundrazr as a tip jar of sorts (you've probably noticed the little widget for it in the upper right-hand corner).  If you like what I'm doing with this blog and have a bit of money to spare, please feel free to send some of it my way.  Every little bit really does help.  Hell, if everybody who's liked this blog on Facebook just gave $5, I'd be set for a month.

I'll say this again, however: if you're a musician or promoter and you give me money, DON'T expect a guarantee that I'll call you the eighth wonder of the world.  It's not that I'll be ungrateful.  Far from it.  It's that, if this blog has any value at all, it stems from the fact that I'm giving my honest, independent opinion about this music scene.  Again, I'd sooner stop writing altogether than compromise that value. 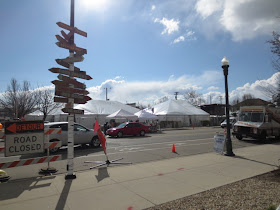 I won't lie: it feels very strange asking you to give me money.  When I started this blog, I'd never conceived of anything so ridiculous.  However, enough people seem to like what I'm doing that I'm daring to hold out the hat.  Any amount I get will receive my undying gratitude.  And regardless, I will play out the string with this blog for as long as I can.  Because, when you get down to it, I don't do this for money.  I don't do this for recognition or status.  I do this because I love what's happening in the music scene around Boise.  I'm not exaggerating much when I say that it saved my life.  I want to do everything I can to help people understand what's going on here and how special it is.

PS  If you know of any employment opportunities, please let me know.  I'm open to just about anything other than call center work and telemarketing.  I just need something that'll let me off by, say, 5 or 6 pm.  You can find my email address on my profile.
B. Schultz at 2:05 PM
Share