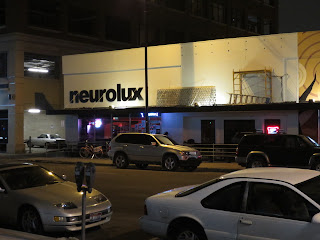 Prior to this show, I'd never heard of Ken Stringfellow or the band that launched his career, the Posies.  I did some reading up on the man, however, and learned that he'd also played with Big Star and R.E.M.  If a guy can list bands like that on his C.V., I figured, he'll be worth a look at least.  The fact that Matt Hopper, whom I'd heard but never seen, was on the bill as well made this show even more attractive. 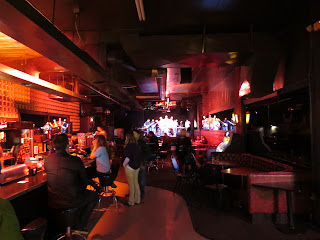 I only counted about twenty-three or twenty-four people when I got down to Neurolux.  That number would build to a little over forty during Matt Hopper's set.  Pretty good for a Tuesday, I guess. 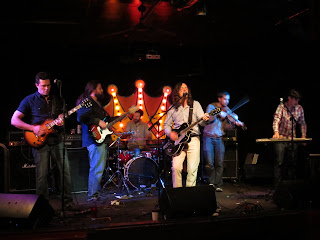 Matt Hopper opened the night.  Ken Stringfellow would quip later, "Basically, Matt's a dead ringer for 1971."  He was referring to Hopper's looks (said the man looked like a cross between Big Star's bassist and producer), but he could have been talking about his music too.  With their jangling guitars, slippery basslines, smooth violin and keyboard and light, steady drumming, Hopper and company would've sounded right at home on classic rock radio next to Bob Seger and the Doobie Brothers.  Their finely polished tunes went down very smoothly.  That was the problem.  I kept waiting for the extra little spark in the music or the lyrics that would shoot the material into the realms of John Fogerty, Gram Parsons or, since Stringfellow brought up Big Star, Alex Chilton.  Since it never came, the songs just felt anonymous no matter how thickly Hopper slathered his drawl and yowl on them.  Rays of hope: their pretty sharp cover of Fleetwood Mac's "Dreams" and their closing instrumental vamp on Nirvana's "Come As You Are." 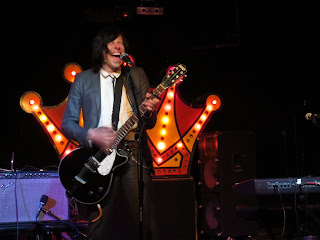 Ken Stringfellow played next.  This man's music certainly didn't want for idiosyncrasy: his songs twisted and turned and meandered well past what should have been their breaking points.  Since his melodies were so gorgeous and pop-savvy, however, they held together and pulled the audience along with them.  The words poured out of Stringfellow so quickly that I barely had time to notice how clever they were.  He probably would've gotten by on his music alone, but his friendly and irrepressibly playful stage presence made him irresistible.  He moved a mic down to the dance floor to sing among the crowd, he sang a lovely duet with Larkspur/Spondee's Gia Trotter, he teasingly tried to faze Ashley the server by barking (it didn't work) and he cracked jokes throughout ("God said, 'I'll see you in court!'  The devil said, 'Where do you think you'll find the lawyers?'").  He made at least one new fan this night. 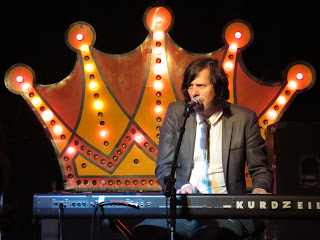 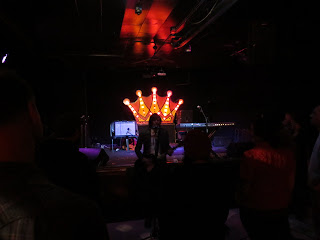 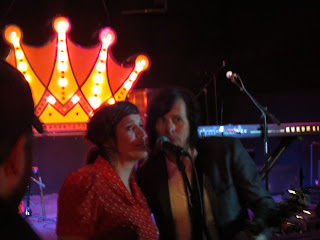 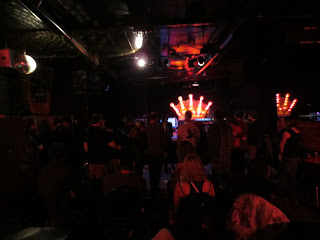 You can find info on Matt Hopper and Ken Stringfellow on Facebook and elsewhere online.  Special thanks to Eric Gilbert and Radio Boise.
Posted by B. Schultz at 3:11 PM