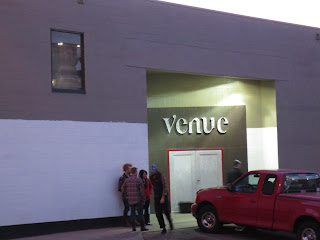 I was seriously pumped for this show when I first heard about it.  Initially, the headliner was OFF!, the current project of former Black Flag/Circle Jerks frontman Keith Morris.  Then word spread that they had canceled the gig due to health issues and that tickets would be refunded.  That bummed me out in a big way.  Not long afterwards, however, I received word that the other acts on the bill would still play.  Since a couple folks whose taste in music I respect were more excited to see Negative Approach than OFF! anyway (they've got a pretty impressive history too), I said what the hell and headed over to the Venue. 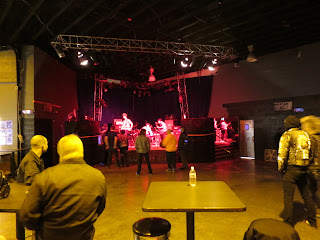 I only counted about twenty people in the crowd when I arrived.  That number would build to about fifty-six or fifty-seven as the night progressed.  Not the number that would've turned out for Keith Morris, I imagine, but respectable enough. 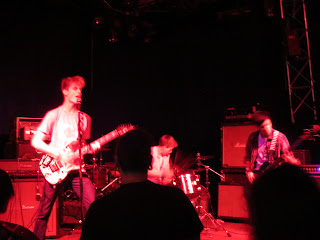 Local hardcore band 1d opened the show.  Their buzzing and squealing guitar, their rumbling basslines and their flailing drums all sounded sharper here than they did at the Rich Hands show.  Nonetheless, their yelping-dog vocals, manic stage presence and haphazardly constructed songs still felt too rote and received.  Granted, it's a bit unfair to ask a bunch of teenagers to have all their crap figured out.  Also, the fact that they're getting out there and doing something like this is probably a good in itself.  Maybe I'm just getting cranky and impatient in my old age. 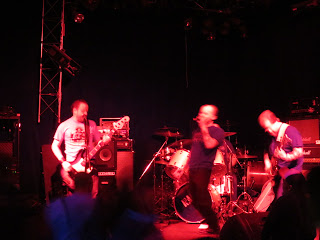 Local band Raid played next.  See?  I'm not that hard to please.  It's enough for me if you at least create the impression of coherence.  I caught exactly one lyric out of this entire set: "I WON'T GO QUIET!"  They weren't howling Dixie there.  But anyway, the solid rapport between their buzzsaw guitar, twangy bass and rampaging drums persuaded me that the songs would make sense with the volume turned down.  It helped too that their songs showed some sturdy construction and that their lead singer could bellow loud enough and clear enough that I could kinda make out the words. 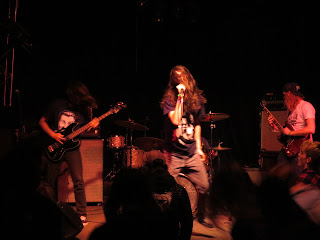 Bad Antics, a four-piece outfit from Placentia, CA (it's to the northeast of Anaheim), played next.  I thought about describing Raid as hyperkinetic, but then I heard these guys and figured I oughtta save the adjective for them.  This band's piercing scream, furious drums, greased-lightning bass and face-melting guitar called to mind Motorhead's joyous relentlessness.  With all his strutting and hair flailing, their lead singer showed enough energy for two mortal frontmen.  The crowd matched him pretty well even if some of the folks in the moshpit started to wilt near the end.  Oh, and in case you were wondering what the lead singer's face looks like... 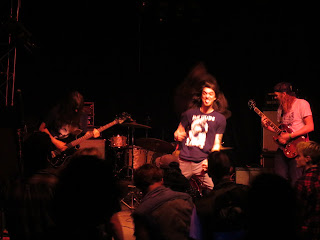 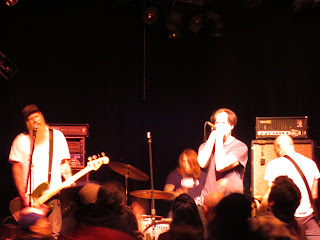 Negative Approach closed out the night.  This old-school hardcore act didn't fool much with your standard jerky tempo shifts.  Maybe they figured that that crap would dilute their rage.  The only thing more fearsome than frontman John Brannon's slit-eyed glower was his blood-curdling growl.  His bandmates backed him up with some machine-gun drumming and yowling guitar noise.  As brutal and unyielding as their music was, however, they still managed to work in some tunes and a groove.  The crowd became a maelstrom of moshing, roaring and crowd-surfing during this set.  Brannon seemed to express his approval with a curt nod. Coming from him, that was downright heartwarming. 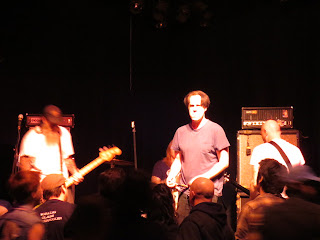 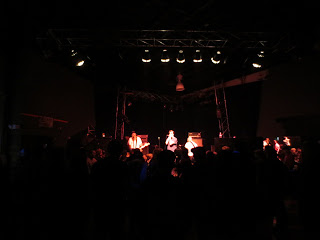 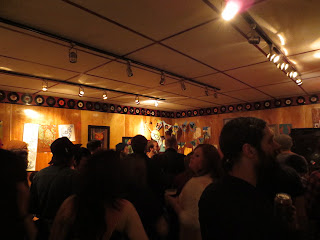 After Negative Approach wrapped up, I swung by the High Note Cafe to see if I could catch part of the show there.  I counted over fifty people, which made this far and away the best-attended show that I've seen at this place.  I managed to catch the tail end of Idaho Falls band Ronnie and the Reagans' set.  What I heard sounded pretty good: an arty, slightly skewed take on blues, folk and country.  Have to watch out for these guys in the future. 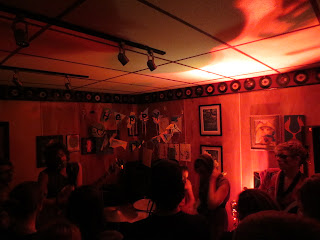 Sun Blood Stories played next.  The body heat was all-consuming as the enraptured crowd hollered and grooved to the hot molasses of the band's blues-rock.  The strobe light flickering behind the band added to the set's psychedelic feel.  Primal, sexy stuff.  Prophetic too--I just know that this is what it's gonna be like at Treefort. 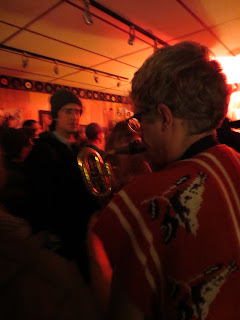 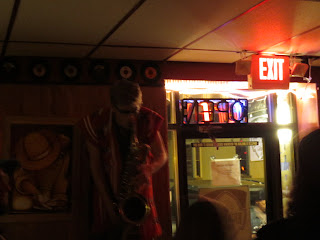 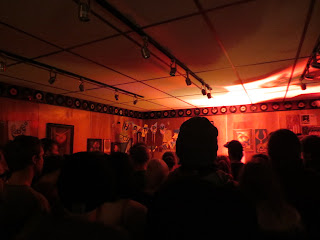 You can find info on these groups on Facebook and elsewhere online.
Posted by B. Schultz at 3:44 PM