What Made Milwaukee Famous, the Blaqk Family Band and Hollow Wood @ Neurolux (2/19/13) 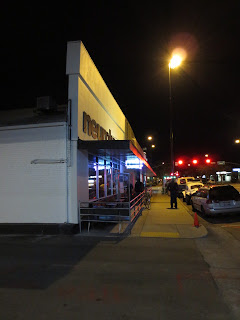 When a band has a name like What Made Milwaukee Famous, they could be really good (cf. the Old 97's) or really icky (i.e. they could lay on the cornpone so thick that I choke).  Either way, I figured that it'd be something to write about, so I marked this Radio Boise Tuesday show down on the calendar. 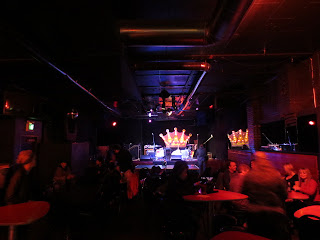 There were already about thirty-five people at Neurolux when I arrived at 7:15.  By 8:40, I counted over eighty.  Pretty fantastic. 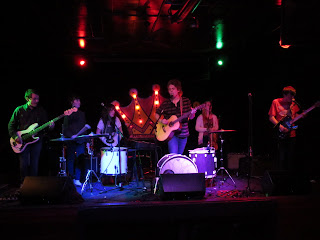 Local group Hollow Wood opened the night.  On paper, I really shouldn't like this band.  This bio (which, I believe, used to be on their Facebook profile) cites as influences two groups I can't stand, Typhoon and Bon Iver.  Which, I guess, just goes to show how manure can help produce a good crop.  Hollow Wood's soaring, folk-tinged melodies and harmonies sounded closer at times to Walt Whitman's barbaric yawp than to Justin Vernon's lullabies to his navel.  That expansive spirit carried over into the rest of their live performance.  Whether chanting as one or laying down some rousing beats (via drums, shaker and tambourine) to go with their steady basslines and their soothing keyboard drones and guitar jangle, this group evoked a sense of compassion and community--of folk, in other words--that Typhoon aimed for at their November VaC show (I think) and missed.  And so what if the lyrics got a little corny sometimes?  Everybody oughtta have a little bit of corniness in them. 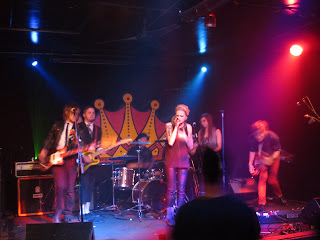 Up next was local act the Blaqk Family Band, who made their live debut.  As excited as I am over this year's Treefort lineup, I'm disappointed that the Soft White Sixties won't be returning.  It's okay, though: should I feel my 60's hard-rock jones coming on, this group should feed it very nicely.  Jayne Blaqk's high, strong vocals rode atop Zeppelin-esque stomps, rubbery basslines and terse, snarling guitars.  They worked hard to convey that whole sex-drugs-and-rock-'n-roll vibe (this set featured some swirling, psychedelic lasers and a bouncy, Lou Reed-ish ditty about abusing medications), but their playing was too tight and focused for the drugs part to be convincing.  Hell, I've always preferred the other two parts of that combination anyway.  Watch out for this group. 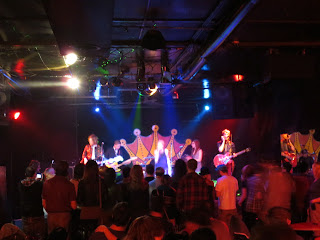 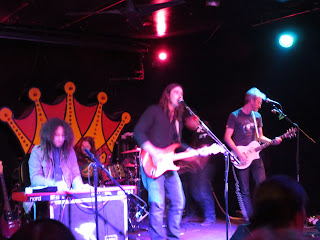 What Made Milwaukee Famous closed out the night.  I've come to consider it a mark of quality in a band when they have to constantly tell themselves not to cuss on the air.  But regardless of that, while this Austin group's poppy tunes, gliding vocals and smooth groove called to mind the Old 97's, their slashing, stinging guitars and thoughtful, class-conscious lyrics called to mind the Drive-By Truckers.  Their performance got some good whoops, cheers and dancing from the crowd.  What Made Milwaukee Famous definitely didn't make losers out of us.  (Sorry, couldn't resist.) 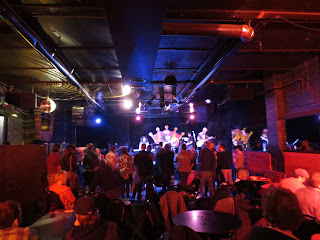 You can find info on these groups on Facebook and elsewhere online.  Special thanks to Eric Gilbert and Radio Boise.
Posted by B. Schultz at 11:26 AM