Stargaze Unlimited, The Deadlight Effect, Obscured By the Sun and Modesto @ the Red Room (2/22/13) 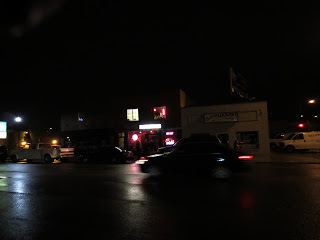 I'd known of the Deadlight Effect and Obscured By the Sun, but I'd never seen them before.  That was enough to get me interested in this show.  As an extra bonus, it gave me the chance to see the Caldwell group Stargaze Unlimited again. 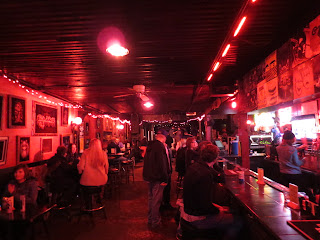 I counted about twenty-five people when I got to the Red Room.  The audience would build to around thirty-five as the evening progressed.  Pretty small for a Friday night, but it could've been worse. 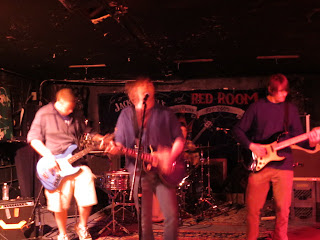 Local group Modesto opened the night.  These guys seem to have been rolling along pretty well since they changed their name from Whale.  The lyrics, while still nothing special, sounded decent enough as delivered by Tyler Brodt's Robert Plant-esque wail (which sounded twenty years older than he looked).  Brodt got some good support from Alex Wargo's jagged soloing and Jesse Weidmeier and Wade Ronsse's hard-shuffling rhythms.  While they sounded a little ragged at times, their youthful enthusiasm (grinning, hopping, head-banging) compensated.  Hey, Zeppelin's lyrics were never that hot either. 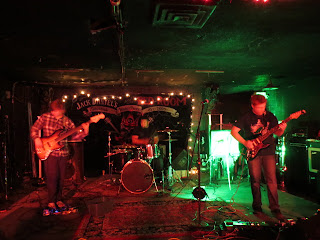 Obscured By the Sun played next.  Travis X. Abbott's elegant, snarling guitar, Jacob Fredrickson's sinewy basslines and Chris Santiago's rumbling drums rode tuneful, elemental riffs for all that they were worth.  Their strong rapport became doubly impressive when I learned that these guys had only played together for two weeks.  Hypnotic stuff. 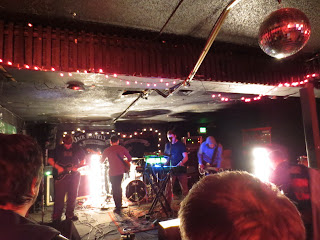 Up next was the Deadlight Effect.  This local group's ominous riffs, guttural screams, jackhammer rhythms and big flashing lights were all impressively menacing.  Unfortunately, as with most metal of this kind, the monolithic quality to this group's music left me cold.  Stuff like this just feels so formalized, so hollow to me.  I will note, however, that the band's airy synth drones did add an intriguingly ethereal touch to their Sturm und Drang. 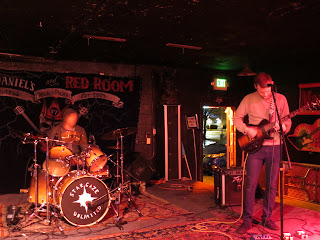 Stargaze Unlimited closed out the night.  Sheesh--seems like I can't win with these guys.  This set featured Richard Metzger manning the drum kit again, but bassist Travis Gamble was nowhere to be found (his name no longer appears on their Facebook page either).  The lack of bass led inevitably to a thinner, slightly weaker sound.  Still, Metzger's muscular drum work and Kurtis Beckwith's searing guitar gave me plenty to listen to.  It's just too bad that not many others heard it: there were only thirteen people left when Stargaze Unlimited played.  Oh well. 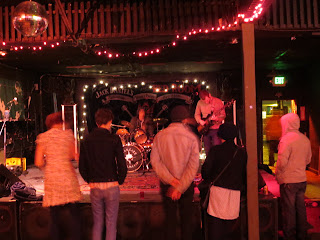 You can find info about these groups on Facebook and elsewhere online.
Posted by B. Schultz at 4:18 PM